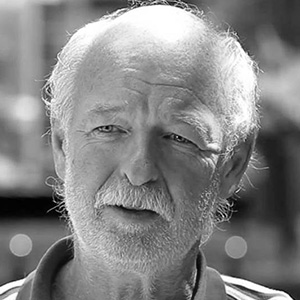 Ron Maughan obtained his BSc (Physiology) and PhD from the University of Aberdeen, and was based in the Medical School there for almost 25 years before moving to England. He is now Visiting Professor at St Andrews University. He spent much of his career trying to understand the physiological responses to exercise and the nature of fatigue, but has included many digressions along the way. He chairs the Nutrition Working Group of the Medical Commission of the International Olympic Committee. He is a director of the IOC Diploma programs in Sports Nutrition, Sports Medicine, and Sports Physical Therapies.

Is beer an appropriate drink for rehydration?

Sweating is essential for heat loss during exercise, especially in hot and humid environments. Sweating helps prevent hyperthermia but results in a loss of water and salt (especially sodium and chloride, with smaller amounts of potassium) from the body and sweat losses may reach 2-3 litres per hour.  Restoration of water and electrolyte balance is an essential part of the recovery process after exercise that results in sweat loss. Ingestion of plain water after exercise-induced dehydration is known to depress the plasma sodium concentration and osmolality, reducing the drive to drink and stimulating urine output. Both factors will prevent effective rehydration. We have investigated the effects of drink composition and of the volume consumed on the effectiveness of the restoration of fluid homeostasis after exercise in the heat. In these studies, a prescribed volume of fluid was ingested after a fixed sweat loss induced by exercise in the heat. In one study, we allowed ad libitum intake of fluids of varying composition and palatability. The effectiveness of rehydration in these studies has been assessed primarily by measurement of net fluid balance during the recovery period after exercise, and of changes in blood volume and electrolyte concentration. Addition of sodium and potassium to rehydration fluids decreases urine output in the 6 h after rehydration, but when a volume of fluid equal to the sweat loss is ingested, there is no additive effect when both electrolytes are added. Because of ongoing urine output, subjects were in net negative fluid balance throughout the recovery period. When the sodium concentration of the ingested fluid ss varied (0, 25, 50 or 100 mmol/l) syetematically and fluid is ingested in a volume equal to 1.5 times the sweat loss, urine output is inversely proportional to the sodium concentration of the ingested fluid. Ingestion of large volumes of fluid (up to twice the volume of sweat lost) is not effective in maintaining positive fluid balance for more than a few hours when the sodium concentration of the drinks is low (20 mmol/l), but positive fluid balance is maintained with a drink containing 60 mmol/l sodium when the volume ingested is greater than the volume of sweat lost. The higher sodium concentration is effective in maintaining a larger plasma volume and in preventing hyponatraemia. Ingestion of solid food together with plain water is more effective in maintaining fluid balance than ingesting the same total amount of water in the form of a sports drink if the electrolyte (sodium plus potassium) content is greater than that of the sports drink. Addition of alcohol to ingested fluids has little effect in concentrations of 1 or 2%, but there was a tendency for a diuretic effect that becomes significant at an alcohol concentration of 4% or more. There is no variation in responses at different stages of the menstrual cycle. When ad libitum intake of different drinks is allowed, the volume ingested in the time allowed is strongly influenced by the perceived palatability: urine output is determined by the volume consumed and by the electrolyte content of the drinks and by the presence of energy-containing nutrients. For effective rehydration, drinks should replace electrolytes lost in sweat as well as the volume loss: this means that they should contain moderately high (50-60 mmol/l) levels of sodium, and possibly also some potassium. To surmount ongoing urine losses, the volume consumed should be greater (by at least 50%) than the volume of sweat lost. Palatability of drinks is important in stimulating intake. Where there is an opportunity for eating in the recovery period, the electrolytes required may be ingested as solid food consumed with a drink, but it is recognised that there are situations where consumption of solid food is not possible and all intake will be in liquid form. There are no special concerns for females related to changes in hormone levels associated with the menstrual cycle. The effects on performance of an uncorrected fluid deficit should persuade all athletes to attempt to remain fully hydrated at all times. This will be achieved only if a volume of fluid in excess of the sweat loss is ingested together with sufficient electrolytes. Low alcoholic beer, if consumed together with salty snacks, meets these criteria.