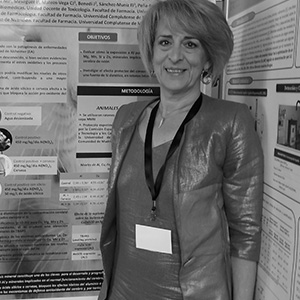 The benefits of moderate beer consumption have been amply described. In relation to AD, the intake of this beverage could be an alternative in the prevention of this pathology attributable, mainly, to two of its components: silicon (Si) and antioxidant substances contained in hops.

Our research team has shown that the intake of beer with alcohol, due to its content in o-silicic acid, interferes with the kinetics of absorption and excretion of Al, by decreasing its bioavailability. In addition, Si was able to block pro-inflammatory and Al-induced pro-inflammatory actions. Therefore, it could be hypothesized to use beer as an effective prophylactic measure to prevent the development of AD. However, its alcohol content, while not very high, would limit its recommendation to the entire population. Hence the study with non-alcoholic beer (NA-beer) is considered in the present study.

The objective of this work is to determine the possible effect of non-alcoholic beer and some of its ingredients (Si and hops) on Al toxicity in brain, rats by evaluating different parameters: behavioral tests, acetylcholinesterase activity, antioxidant status, redox index and inflammatory markers.

The results obtained show the capacity of non-alcoholic beer to counteract the induced neurodegenerative effects of Al. The acetylcholinesterase inhibitory effect of Si and the antioxidant capacity of hops could be involved in the positive effect of NA-beer on Al neurotoxicity. Si was able to inhibit acetylcholinesterase activity in vitro. While NA-beer has a significantly higher antioxidant capacity than Si and hops extract; NA-beer is more effective in reducing levels of TBARS and GSSG and GSH; thus, giving raise to the modification of the related antioxidant enzymes (GR, GPx). The expression and activity of antioxidant enzymes altered by the administration of Al were normalized by the treatment of NA-beer and its components, suggesting that Si, hops and NA-beer are able to improve antioxidant defense in the brain.

Therefore, it is conclude that moderate consumption of NA-beer, could be a prophylactic measure effective in preventing the onset and development of AD.