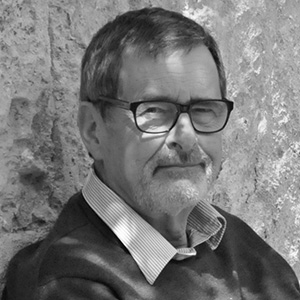 Kjeld Hermansen (KH) is chief physician at Department of Endocrinology and Internal Medicine, Aarhus University Hospital. He has been adj. professor in human and clinical nutrition at Copenhagen University since 2006. KH has been International advisor for the Swedish Nutrition Foundation. He has participated in the development of the European guidelines for the nutritional treatment of diabetes in 2004 and 2016 for the Diabetes and Nutrition Study Group under the European Association for the Study of Diabetes (EASD). KH was president of the Danish Endocrine Society 1997 – 2000, for The Diabetes and Nutrition Study Group (EASD) 2000 – 2004 and is member of The Danish Council on Health and Disease Prevention. KH has extensive experience with human intervention studies to prevent the development of metabolic syndrome and type 2 diabetes. He has explored the role of glycaemic index, dietary fibers, alcohol/beer, and the quality of proteins and fats on blood glucose, postprandial lipaemia and cardiovascular risk. KH has published more than 325 papers in international journals e.g. on alcohol and diabetes.

Sixty million people in Europe suffer from diabetes, about 90% being type 2 diabetes (T2D). T2D is associated with a twofold increased risk of cardiovascular death. Since T2D represents an epidemic growing and severe problem it is of outmost importance to fight it e.g. through changes in lifestyle such as the diet. Alcohol containing beverages e.g. beer is part of the diet.

Can beer induce low blood glucose or increased weight ? In subjects with diabetes there is a fear of getting too low blood glucose. Studies to date have not provided convincing evidence that drinking beer with light to moderate amounts of alcohol, with or without a meal, affects significantly any measure of blood glucose control in people with T2D without insulin treatment. These results suggest that current advice that people with T2D do not need to refrain from drinking beer with light to moderate quantities of alcohol does not need to be changed; it may, however, increase the risk of low blood glucose in insulin- or sulfonylurea-treated patients. Acute alcohol intake does, however, not induce hypoglycaemia in diet treated T2D. Risks to those with Type 1 diabetes or insulin-treated T2D remain uncertain. Beer intake is not associated with weight increase.