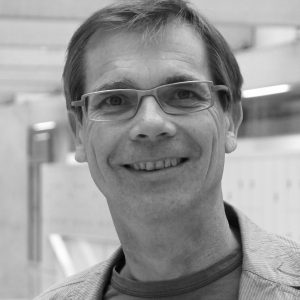 Alexander Jäger is professor in Microbiology, Bioenergy and Brewing Technology at the University of Applied Sciences Upper Austria, Wels, and Honorary Doctor at Estonian University of Life Science Tartu.

Prof. Jäger is long time Vice Dean Research and head of the department of Chemistry and Technology; and founder and head of the research and teaching Brewery Wels. More than 1000 students from 30 countries and 5 continents have attended brewing courses here. He is “father” of 4 Craft beer breweries in Austria.

Apart from that, he is double Austrian State Champion in the Marathon in his age group.

Alcohol-free beer as a carbohydrate-electrolyte solution for sportsmen

One of the biggest factors to perform at a top level in sport is the fluid balance of the body. An imbalance in fluid and mineral nutrients can lead to decrease physical and cognitive performance. Furthermore, big fluid deprivation is a serious health risk with dramatic consequences for the organism. Because of these reasons it is necessary and beneficial to look at the fluid intake before, during and after sport activities.

Topic of this study is the use of beer as a sports drink to replenish the fluids, which the body loses through sweating during physical activities. Only if the body is optimal hydrated it is possible to perform stable on a high level during training and competition. Because of the negative effects of alcohol on the body and the recovery process this study uses alcohol-free yeast-clouded beer as the base product. Alcohol-free yeast-clouded wheat beer offers a good amount of electrolytes and has the necessary osmolality for an isotonic sports drink. In addition to that, it contains a good combination of carbohydrates, which is important for quick recovery after a hard sports performance. The big problem is the low sodium level.

The goal of the held experiment was to create a sports drink, which fulfills the EU recommended sodium concentrations of 460 – 1150 mg/L for “carbohydrate-electrolyte solution”. Because of the big influence of sodium on the taste of the beer it has to be added in form of different sodium salts. Scientific knowledge recommends an amount of sodium between 460-1150 mg/L, like the recommendation of the EU. In combination with an osmolality of 300 mOsmol/kg H2O ± 10% this are the requirements for an isotonic fitness- and sports drink. Considering this standards, we performed and analyzed multiple sensory tests.

The results of this study show, that it is possible to functionalize alcohol-free beer with sodium salts to create a complete isotonic sports drink . Sodium chloride (NaCl) is eliminated due to its taste as an additive to alcohol-free beer.  By using different inorganic and organic sodium salts, no difference in taste can be detected in professional tastings.  Sodium enriched beer showed even better taste properties in triangle tests.

There are no EU regulations or laws about sports foods at this time, so it is difficult to clearly define and categorize a product like our „Sportbier”. However, functionalized Alcohol-free beer definitely should be considered when defining sports drinks. At the current state of scientific knowledge, it contains all the nutrients, which in context with fluid balance are considered to have a positive impact on