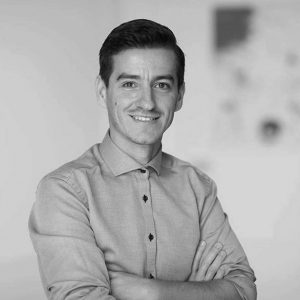 Dr. Taulant Muka is a medical doctor and epidemiologist, working as research group leader of the cardiometabolic health group at the Institute of Social and Preventive Medicine, University of Bern. Taulant has a broad interest in cardiometabolic health with a particular interest in the role of omics data and sex differences in improving prevention and precise care in cardiometabolic diseases such as diabetes and cardiovascular disease. He integrates knowledge from different disciplines and approaches that include epidemiology, population-based studies, systematic reviews and meta-analyses, nutrition, epigenetics, sex-differences, reproductive health, cardiometabolic disease, and the pharmaceutical industry to manage interdisciplinary projects. Muka has published over 70 peer-reviewed articles (H-index 21), co-authored three books on Elsevier in epigenetics, and supervised over 20 MSc, MD, or PhD students. To date, he has completed the supervision of 3 PhD trajectories. His scientific work has been covered by the BBC, CNN, Reuters, the Times of London, and the New York Times.

Menopause occurs at an average age of 51 years in Western populations, but the range of age at onset is wide, with some women experiencing menopause around the age of 40 and other later in their 50s. The age at the final menstrual period is crucial not only for reproductive ageing but also for future disease risk and mortality. Menopause transition is associated with adverse cardiometabolic health and the risk of cardiovascular disease increases sharply in women after menopause, particularly in women experiencing early menopause. Modifiable risk factors such as alcohol intake are suggested to influence age at natural menopause by altering hormonal levels, and may have far-reaching implications for reproductive health and subsequent cardiovascular risk in women. By performing two systematic reviews and meta-analysis of observational studies, we found that low and moderate alcohol intake might be associated with later onset of menopause, although the magnitude of the association is low. Further, we found that when comparing moderate drinkers versus non-drinkers, there was up to 28% lower risk of developing coronary heart disease in menopausal women, as well as lower risk of cardiovascular mortality. Despite the evidence suggests a beneficial cardiometabolic effect of low to moderate alcohol intake in women, the results should be interpreted with caution. Whether alcohol intake could be beneficial for delaying menopausal age, and subsequently improving cardiovascular risk in menopausal women remains unclear as the current evidence is based on studies prone to the influence of residual confounding, low and moderate alcohol intake could act as proxies for moderate lifestyle and the exact mechanisms of action are still unclear. Further, it remains unclear if the observed inverse associations between alcohol, menopause onset and cardiovascular disease is due to the effect of alcohol intake in general or any specific type of alcoholic beverages. Larger prospective studies and clinical trials are needed to assess the type of alcohol beverages, the amount, compliance, risks and benefits.