Does alcohol, and beer in particular, influence the risk of Parkinson’s disease? A meta-analysis 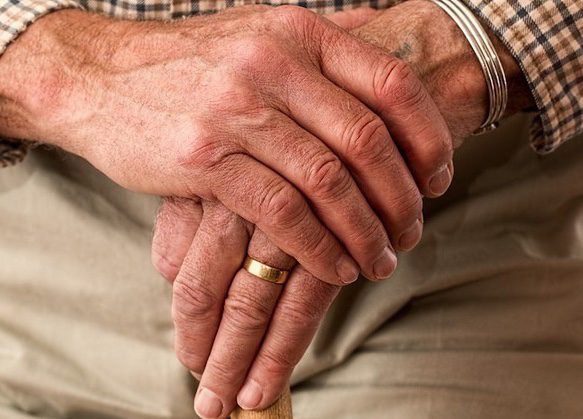 A new meta-analysis1 finds a decreased risk of Parkinson’s disease with alcohol consumption. The lowest risk is present for people drinking 2,5 to 3,5 drinks a day. Interestingly, only beer is significantly associated with a lower risk, not wine and spirits. Whether the relation is causal is still unclear.

What is already known? The relation between alcohol and Parkinson’s disease is still unclear. A previous meta-analysis found that alcohol is associated with a lower risk to develop the disease2 But the mechanism behind this association is unknown, so the authors stressed that it is far from proven.

What does this study add? This meta-analysis only includes prospective studies, which are more trustworthy than cross-sectional studies. In total, 11 studies are included.

Lower risk of Parkinson’s disease
Data show that alcohol consumption is associated with a lower risk to develop Parkinson’s disease compared to non-drinkers and light drinkers (up to half a glass a day). The lowest risk is present for people drinking around 2,5 to 3,5 drinks a day (26-35 grams alcohol). Drinking more alcohol per day, does not decrease the risk any further.

But caution is needed, because unfortunately the study does not separate lifetime abstainers from former drinkers. This might influence the results. 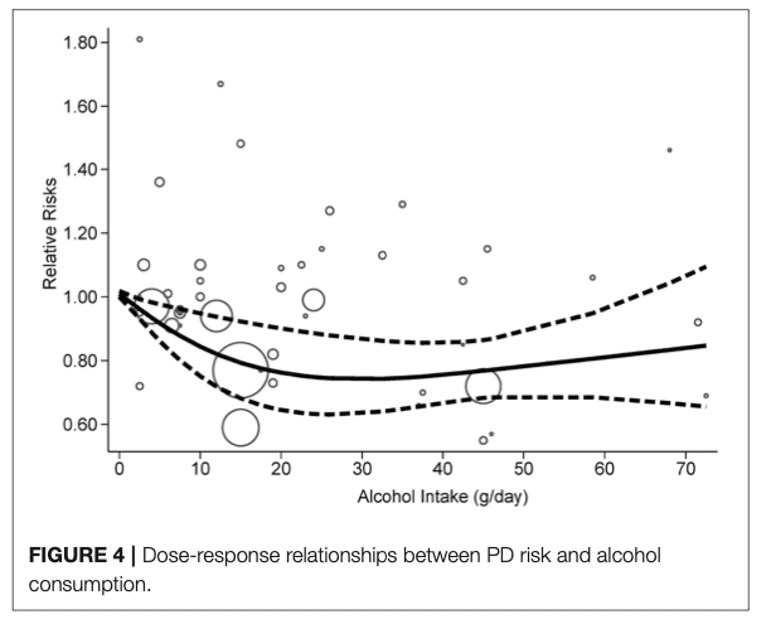 Only beer protective
Interestingly, there is only a significant decrease in the risk of Parkinson’s disease with drinking beer, and not wine and spirits. The authors do not study the mechanism behind this, but offer some possible explanations. One of them is that beer has a lower ethanol content, but higher antioxidants levels such as folic acid, niacin, purine and other phenolics, which are thought to mediate the neuroprotective effects of alcohol. A second explanation is that beer is associated with high urate concentration, which has neuroprotective effects in animal models. But more research is necessary to understand the exact mechanism.