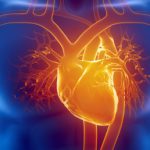 A recently published article concludes that the risk of dying did not differ between abstainers and moderate consumers after a coronary artery bypass. This article was published in the scientific journal BMC Cardiovascular Disorders.

Importance
A beneficial effect of moderate alcohol consumption has been generally associated with reduced mortality, specifically for patients suffering from heart failure and acute myocardial infarction2-8. However, it is less certain how alcohol consumption influences patients with established coronary heart disease, particularly when CABG surgery is needed. Since CABG patients often have several co-morbidities and high mortality rates9-10, it is important to determine whether recommendations regarding alcohol consumption also apply to this patient group.

CABG
CABG is a surgery that is recommend when a person suffers from main coronary artery stenosis, multi-vessel coronary disease or severe angina pectoris. CABG increases blood supply to the heart, relieves pain, and prolongs life11.