Moderate alcohol consumption: one of the dietary factors that reduces the risk of type 2 diabetes 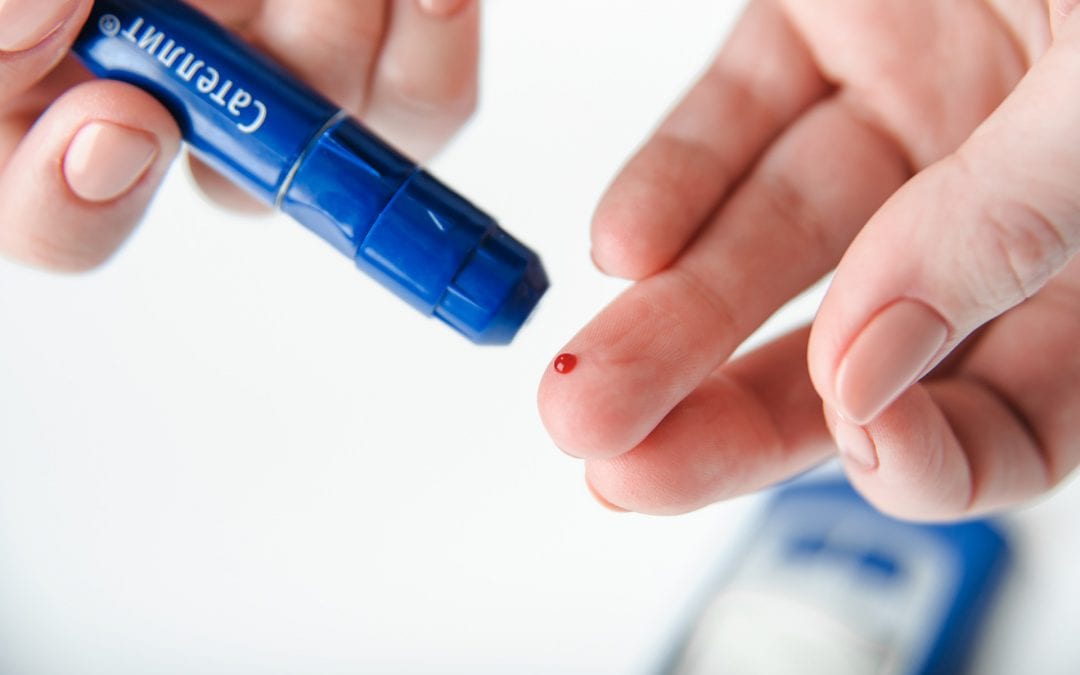 Today is World Diabetes Day; the moment to reflect on the evidence on how to reduce the risk of type 2 diabetes with our diet. Many studies have looked at the role of diet on developing type 2 diabetes, but a lot of uncertainty remains. A recent umbrella review, published in the BMJ, collected all the meta-analyses on diet and diabetes, and estimated the quality of the evidence. They looked at many factors, but the evidence for a risk-reduction was only of high quality for whole grains, cereal fibre and moderate alcohol consumption. There is also high-quality evidence that consuming red meat, processed meat, bacon, and sugary drinks increases the risk.
What is already known?  Last year, a same sort of umbrella review2 was published. Here, the evidence for moderate alcohol consumption reducing the risk of type 2 diabetes was also rated as highly suggestive.

What does this study add? This umbrella review solely focusses on the dietary factors, which allows for a very extensive analysis on specific diets, food groups, type of alcoholic beverages, macronutrients and micronutrients.

Reduced risk of diabetes
Many diets, food groups or nutrients are claimed to reduce the risk of diabetes 2. Think about a low carbohydrate diet, drinking coffee or whole grain products. This umbrella review collected all the studies, but only found high quality of evidence for consuming whole grains, cereal fibre, and alcohol in moderation.

For whole grains, every additional 30 grams a day (around two slices of whole grain bread) would decrease the risk by 18%, and every additional 10 grams of cereal fibre (3.5 bowls of oatmeal) a day by 25%. When alcohol is consumed in moderation (12-24 grams a day – around one to 2.5 drinks) a similar 25%-risk reduction is seen.

Beer, wine and spirits
What makes this study so interesting, is that the authors look extensively at possible differences between beer, wine and spirits. For spirits, no beneficial effect is found, but for both wine and beer consumption there is. The evidence was of higher quality for moderate beer consumption, but the reduction was more prominent for wine consumption.
Explanations as to why moderate alcohol consumption could decrease the risk of type 2 diabetes are often allocated to the alcohol itself. For example, alcohol increases the insulin sensitivity and decreases inflammation3. But why there are possible difference between alcoholic beverages remains not fully understood. The authors did find a reduced risk of diabetes due to polyphenols (which are often present in higher concentrations in red wine) but the evidence is only of low quality and it was not further discussed in the article.

Increased risk of diabetes
The authors did not only find high quality evidence for dietary factors that could have a protective effect, but also for factors that could increase the risk of type 2 diabetes. According to the study, one sugar sweetened beverage a day increases the risk by 26%; consumption of 100 grams red meat per day by 17%; fifty grams of processed meat by 37%; and two slices of bacon per day even doubles the risk, with an increase of a 107%.

Diabetes
An estimated 425 million adults are living with diabetes worldwide. They are at increased risk for many other health problems, such as a stroke, kidney disease, eye problems or nerve damage. Type 2 diabetes is the most common type, accounting for 90% of the cases. With type 2, there are risk factors that cannot be prevented or changed, such as family history and age, but lifestyle (such as diet) also plays an important role in the onset of diabetes.

More information on alcohol and diabetes