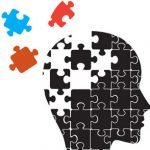 Moderate alcohol consumption is associated with reduced risk of dementia. That is the conclusion of a recent meta-analysis that was published in the scientific journal European Journal of Epidemiology.

Beer, wine, and liquor
In addition, the researchers studied the effects of specific alcoholic beverages. It appeared that particularly wine had a protective effect. However, limited studies were available for this sub-analysis. Despite evidence suggesting that beer – and not wine of liquor –  protects against plaques in the brain2 (a symptom of Alzheimer’s disease), the current analysis does not find a protective effect of beer. This may be explained by substantial differences between studies in terms of study design and study population. This makes it hard to compare the studies. More research on effects of specific beverages is required.

In perspective
The current meta-analysis is in line with the previous meta-analysis on alcohol and dementia3. In contrast to previous research, the current meta-analysis is able to estimate the risk per alcohol consumption level (a so-called dose-response analysis). In addition, the researchers compared the effect of 12.5 g alcohol/day on other diseases, including cardiovascular disease, type 2 diabetes, and cancer. They identified that consuming 12.5 g alcohol/day is still protective for all diseases above, except for (certain) types of cancer.