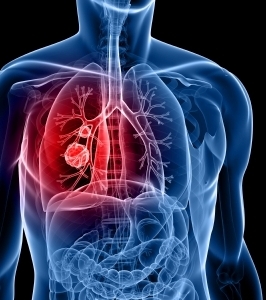 Tuberculosis is a major health problem in low and middle income countries. A new meta-analysis, published in the International Journal of Tuberculosis and Lung Disease, investigates the association between alcohol consumption and tuberculosis. Based on mainly Asian data, results show that alcohol is an important risk factor for tuberculosis.

What is already known? Previous meta-analyses or reviews have investigated the association between alcohol consumption and tuberculosis, but have used limited databases.

What does this study add? This systematic review and meta-analyses includes more databases and therefore provides a more valid estimate of the association. Also a dose-response analysis is performed.

Increased risk
This meta-analysis1includes 48 observational studies with more than 560,000 participants. Studies from all over the world are included, with most of them from Asia. The researchers found that alcohol consumption is an important risk factor for the development of tuberculosis. Those who consume alcohol or in higher amounts appear to have a 90% increased risk of tuberculosis, compared to non-drinkers or those who consume alcohol in lower amounts. Only 12 studies adjusted for smoking and 25 studies used non-drinkers as reference group. These studies show an increased risk of respectively 73% and 59%. From the dose-response analysis, where only three studies are included, it seems like the more you drink the higher your risk. For each 10-20g alcohol per day, the researchers find a 12% risk increase.
Although the increased risk varies in magnitude, all analyses find an increased risk for tuberculosis.

Mechanism
Although not investigated in this study, the researchers describe several (indirect) pathways which could explain the association between alcohol consumption and tuberculosis. First of all, alcohol can impair the immune system. This can lead to an increased susceptibility to an infection or a reactivation of the disease. Moreover, alcohol is associated with a higher risk of malnutrition and liver disease, which can both impair the immune system. Additionally, heavy alcohol consumption is related to homelessness, imprisonment and illicit drug use, which can indirectly lead to a higher risk of tuberculosis.

Tuberculosis
Tuberculosis is a major global health problem, mainly in low and middle income countries. Every year there are more than 10 million new cases, with around 1.6 million deaths per year2. Tuberculosis is caused by the bacterium Mycobacterium tuberculosis.Risk factors for tuberculosis include HIV infection, smoking, socio-economic deprivation, undernutrition, diabetes and alcohol consumption1.