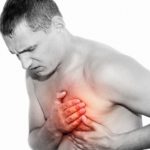 Alcohol consumption decreases the risk of heart attack with approximately 33%. That is the conclusion of a recent meta-analysis. The meta-analysis is published in the scientific journal Farmacia.

In perspective
Although the protective effect of alcohol on cardiovascular disease is well-established, the relationship between alcohol and heart-attack remained controversial. The current meta-analysis combined all the research on this topic from 1980 and was therefore able to calculate the relative risk per consumption level. A meta-analysis therefore constitutes the strongest evidence for a relationship between nutrition and health. However, it is still questionable whether the results also apply to women as relatively few women participated in the analysed studies. More research on the relationship between alcohol consumption and heart-attack in women is needed.

Heart attack
2 million people die every day from heart-attacks2. A heart-attack is caused by a blockage of the arteries of the heart. Hereby, the heart does not receive enough oxygen which causes heart tissue to die. Risk factors for heart-attacks include smoking, high blood pressure, high cholesterol, diabetes and obesity.