Limited evidence for association between alcohol consumption and prostate cancer 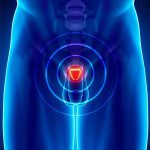 What is already known? The association between alcohol consumption and prostate cancer is still unclear, especially for specific beverages. Some previous studies suggested alcohol as a risk factor for prostate cancer, but the overall evidence is limited1.

What does this study add? This is a first meta-analysis looking specifically at the effect of wine on the risk of prostate cancer. Only observational studies are taken into account and the underlying mechanisms is not investigated.

Limited evidence
The current meta-analysis2includes 17 studies with over 600,000 participants. The results show that there is no strong association between moderate wine consumption (up to one glass per day) and prostate cancer.
Five studies also separated red and white wine in their analyses. For white wine, a slightly increased risk of prostate cancer was found. However, for red wine the results show a protective effect. More research is needed to further investigate this association, including the underlying mechanism.

Other beverages
Another recent case-control study looked at different beverages. Results from this study suggest that excessive intake of beer (more than 5 drinks per day) is related with an increased risk of aggressive prostate cancer, while wine intake of any amount has a protective effect. No association was found for alcohol intake in general3.

Mechanism
The mechanism behind the suggested association between alcohol consumption and prostate cancer is still unknown. For the protective effect of red wine, the researchers mention some possible underlying mechanisms. Wine overall might be less harmful than other beverages because of the wide range of bioactive chemical components present. Resveratrol, a polyphenol, comes from the skin of red grapes during the production process. Resveratrol has a protective effect because it beneficially affects certain processes that are related to prostate cancer development such as cell growth, cell death and DNA damage2. Red wine, contains about 1.2 – 2.0 g resveratrol per litre, which is 10 times more than in white wine. However, it is still unclear at what amount of consumption resveratrol and other polyphenols in wine are beneficial.