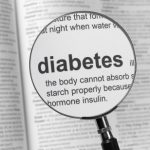 People with type 1 diabetes are usually advised, if they drink alcohol, to drink in moderation with a meal. A recent systematic review looks at the effect of alcohol on blood glucose levels in people with type 1 diabetes. More research is needed to draw clear conclusions about this association. The results are published in the scientific journal Diabetes/Metabolism Research and Reviews.

What is already known? People with type 1 diabetes are advised to limit their alcohol intake because of the risk of hypoglycaemia (low blood sugar levels). However, little is known about the exact effect of alcohol on blood glucose levels and how alcohol-induced hypoglycaemia can be prevented.

What do this study add? This systematic review looks at the effects of alcohol on blood glucose levels. Both observational studies and clinical trials are taken into account. The underlying mechanism is not investigated, but the researchers discuss some possible mechanisms.

Hypoglycaemia
A total of 13 studies was taken into account for this systematic review1. Eight studies found that alcohol is associated with an increased risk of hypoglycaemia because of decreased blood glucose levels. These studies also found that, when drinking alcohol, patients with type 1 diabetes are less aware of a reduction in their blood glucose (i.e. hypoglycaemia) as alcohol impairs their cognitive awareness of the symptoms. Patients might therefore not take adequate action to prevent hypoglycaemia when they drink alcohol. Additionally, alcohol consumption can affect the counter-reaction of the body itself to hypoglycaemia, such as the production of glucose. The other five studies did not find an increased risk of hypoglycaemia. The large differences between the studies make it difficult to compare the results with each other. Because of these differences it is also difficult to conclude at which amount of alcohol the effects are observed. More research is therefore needed to draw clear conclusions about this association. Limited research is available about preventing alcohol-induced hypoglycaemia.

Mechanism
Because alcohol can reduce cognitive function and affects the awareness, a patient is less capable to detect hypoglycaemia and act in time upon a changing blood glucose level. Alcohol also affects the uptake of glucose from different sources in the body. Additionally, one study found that alcohol decreases insulin sensitivity1.

Type 1 diabetes
About 60 million people in Europe have diabetes. Type 1 diabetes accounts for approximately 10% of all cases, so approximately 6 million cases in Europe. In people with type 1 diabetes the body does not produce insulin because the immune system destroys cells producing insulin2.
Several national diabetes organisations address the effect of alcohol on diabetes and recommended to only drink alcohol in combination with a meal. It is also often recommended to drink in moderation (maximum 1-4 glasses per day)1.

Strengths of this study
• Systematic review including available human studies.
• Both observational studies and clinical trials are taken into account.

Limitations of this study
• Studies vary significantly in design, patient group, and intervention, making comparison difficult.
• Only one database (PubMed) was used to search for available studies.
• The included studies had limited information on study protocol, such as daily alcohol consumption and insulin use of patients.

References
1. Tetzschner, Nørgaard, K., and Ranjan, A. Effects of alcohol on plasma glucose and prevention of alcohol-induced hypoglycemia in type 1 diabetes – A systematic review with GRADE. Diabetes/Metabolism Research and Reviews, 2018.
2. WHO, Diabetes. http://www.euro.who.int/en/health-topics/noncommunicable-diseases/diabetes/diabetes

Read more about beer and diabetes