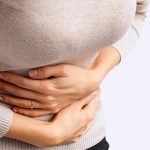 Many women suffer from premenstrual syndrome (PMS). Recently a first meta-analysis to investigate the relation between alcohol consumption and risk of PMS was published in the scientific journal BMJ Open. The data suggests that alcohol intake is moderately associated with PMS risk.

What is already known? Several studies have discovered that alcohol consuming women have a higher risk to suffer from PMS. Yet, it is unknown whether consuming alcohol is a cause or an effect of PMS. The increased burden of PMS could be due to alcohol consumption, or alcohol could be consumed in an attempt to alleviate the symptoms of PMS. Other studies found a weak to non-existent relationship between PMS and alcohol.

What does this study add? The current study1is the first to combine studies on the relation between alcohol consumption and risk of PMS into a meta-analysis. All studies included in this meta-analysis are observational, which means that the mechanism cannot be studied and confounding might have influenced the results.

Premenstrual syndrome
PMS is a common health problem in women. It is estimated that almost half of the women worldwide suffer from this syndrome2. PMS has many unwanted symptoms, including mood swings, tender breasts, food craving, fatigue, irritability and depression3. In addition to the negative effect on quality of life for these women, these symptoms have a big economic consequence as PMS affects functioning at the workplace. In the United States, the costs of this syndrome are estimated at $5,000 per case per year4.

Relation between alcohol consumption and PMS
The researchers included 19 different studies in the meta-analysis. Overall, consumption of alcohol increases the risk of PMS.Additional analyses show that the risk is more profound for women drinking on average more than one alcoholic consumption per day1.

Possible mechanism
The researchers did some additional literature research into the possible mechanisms behind alcohol and PMS. Alcohol consumption could affect PMS by either altering the level of sex steroid hormones or by affecting neurotransmitter activity. More research is needed. Also on the reverse causation; if alcohol increases PMS risk or if women drink alcohol to relieve the effects.