Effect of alcohol consumption on female fecundability: a meta-analysis 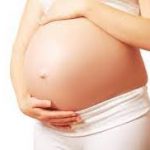 Alcohol consumption seems to have a negative effect on the probability of becoming pregnant during one single menstrual cycle. Every 12.5 g alcohol per day (one large glass) decreases the fecundability in women with 2%. That is the conclusion of a first meta-analysis and systematic review that was recently published in the scientific journal Scientific Reports.

What is already known? Previous observational studies looked at the association between the probability of becoming pregnant during one single menstrual cycle (fecundability) among women and different lifestyle factors, including alcohol consumption. However, the results are inconsistent and the association remains unclear.

What do these studies add? This is a first meta-analysis that looks specifically at the association between alcohol consumption and fecundability among women. The researchers also look at the effect of different beverages. The meta-analysis is based on observational studies, and the underlying mechanism is not investigated.

Decreased fecundability
The current meta-analysis1 looks into the association between alcohol consumption and female fecundability. Nineteen observational studies from Europe and the USA with in total over 98,000 women were included in the analysis. The included studies looked specifically at the waiting time till pregnancy or the occurrence of (ovulatory) infertility. In general, the results indicate female alcohol consumption reduces fecundability with 13%, compared with non-drinking women. No association was found for beer, wine and spirits specifically.

Mechanism
The results are based on observational studies. The underlying mechanism is therefore unknown. The researchers do mention some hypotheses. For example, the effect of alcohol on female hormones could influence the fecundability. Additionally, alcohol could have a direct effect on the ovulation and ovum maturation.

Fecundability vs fertility
The terms fecundability and fertility are very similar and often used interchangeably. Although clear definitions are lacking, there is a slight but important difference between the two. Fertility refers to the ability of producing offspring. While fecundability indicates the probability of getting pregnant within a certain time frame (often one menstrual cycle)2.

Limitations of this study
• Big difference between studies concerning design and method.
• Most studies used self-reporting of alcohol intake. This could lead to underestimation of alcohol intake.
• Limited data available for specific beverages.
• Not all studies corrected for the same confounding factors.
• Clear definitions for fecundability (and fertility) are lacking.