Effect alcohol consumption on hypertension risk in men and women: a meta-analysis 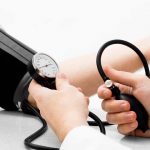 A new meta-analysis looks at the association between alcohol consumption and incidence of hypertension in both men and women. Results show that for men any alcohol intake increases the risk of hypertension, compared to abstainers. For women, there is no increased risk up to 2 drinks per day. This meta-analysis was recently published in the Journal of the American Heart Association.

What does this study add? This meta-analysis studies the relationship between different levels of alcohol consumption and the risk of hypertension for men and women separately. Only high quality observational studies are included. No cause-effect relationship was studied.

Mechanism
For higher alcohol intake, randomized controlled trials have suggested a causal association. Moreover, studies have found plausible biological pathways for this association1. However, previous studies have found different associations for light-to-moderate alcohol consumption and the risk of hypertension. More research is needed to confirm the association for light-to-moderate alcohol consumption and the underlying mechanism.
Considering the differences between men and women, the researchers suggest that this could be related to differences in alcohol metabolism or differences in drinking pattern (e.g. more binge drinking among men).

Hypertension
Hypertension is also known as high blood pressure. Worldwide it affects about 1 billion people, with a prevalence of almost 20%. It is the third most important risk factor for global burden of disease1. Hypertension is a lifestyle related condition. Risk factors include for example an unhealthy diet, overweight and obesity, lack of physical activity, excessive alcohol consumption and smoking3.