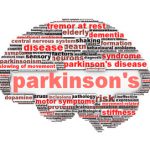 A recently published meta-analysis combines data of 26 studies to reinvestigate the association between alcohol consumption and Parkinson’s disease. The results, published in the scientific Journal of Neurology,do not show a clear association. The researchers suggest that a well-executed large cohort study could give more insight in the association.

What is already known? Previous studies and meta-analyses have suggested that alcohol consumption overall is a protective factor for Parkinson’s disease. Results are however inconclusive and the association remains unclear.

What does this study add? This new meta-analysis again investigates the association between alcohol consumption and Parkinson’s disease.