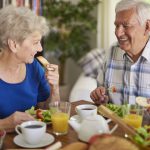 The aging population is growing. Therefore, it is important to examine the impact of lifestyle factors on the aging process. This systematic review and meta-analysis investigates the association of alcohol consumption (and smoking) with healthy ageing. Compared to non-drinkers, drinkers had a slightly higher chance to age healthily. However, results should be interpreted with caution. The study is published in the scientific journal BMJ Open.

What is already known? The role of alcohol in healthy ageing is unclear. As the older population is becoming larger, it is important to understand what factors will enable people to live longer and age in a healthy way.

What does this study add? This systematic review and meta-analysis investigates the association between alcohol (and smoking) and healthy ageing. Only longitudinal observational studies are taken into account. Therefore, confounding factors cannot be ruled out.

Healthy ageing
The overall population is becoming older. With increasing age, several physical and mental changes take place. First of all, aging has an effect on physical performance. Mobility can be reduced, and persons can experience difficulties in daily activities. In addition, with increasing age there is a higher chance of developing several chronic diseases and cancer. Lastly, aging affects mental health and cognitive status1. The role of alcohol in healthy ageing is unclear. On the one hand, older persons are more sensitive to alcohol, as tolerance decreases. This means that even a low amount of alcohol could create problems in an older person2. On the other hand, a moderate consumption of alcohol has been shown to decrease the risk of dementia3, cardiovascular disease mortality4and type 2 diabetes5.