A beer after mental stress? 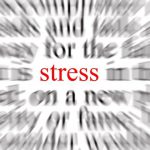 Dutch researchers conclude that moderate beer consumption shortly after a mental stress test attenuates the physical stress response. This was published in the scientific journal Alcohol.

The experiment
The Dutch researchers tested the effect of beer after a mental stress test in 24 healthy men. They asked the men to drink either two cans of beer (in total ±26 gram alcohol) or two cans of alcohol-free beer (<0.5 gram alcohol) shortly after they finished the test. Subsequently, the physical stress response has been followed for three hours by taking blood samples and measuring the heart rate frequently. The blood samples were used to analyse the hormonal and immunological stress response of the men.

The conclusion
The researchers conclude that a moderate dose of beer after a mental stress test may facilitate recovery of the physical stress response. This is reflected by the significantly lower stress hormones ACTH and cortisol in the blood of the men that consumed beer after the test. Furthermore, moderate beer consumption caused a modest attenuation in the stress-induced immune response since it caused a significant lower concentration of cytokine IL-8 and lowered the percentage of monocytes (= type of white blood cells) 1,5 hour after the test. Although expected, the researchers did not find an effect on other physical stress parameters (heart rate and DHEA) and other parameters of the immune system (IL-1β, IL-6, TNF-alfa and lymphocytes).

The relevance
Stress-related disorders, such as cardiovascular disease, are increasingly common. Both the hormonal and immunological stress response have an important role in the pathology of cardiovascular disease2-3. Exploring the influence of moderate beer consumption on mental stress and stress disorders will help to better understand and prevent these diseases.

Read more about beer and stress