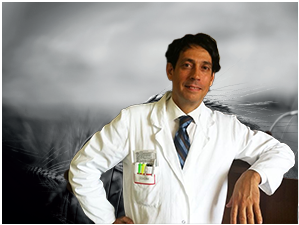 In my scientific activity I have been interested in studying the possible role of dietary components on health. In particular  light-to-moderate drinking, beer or wine, irrespective of the type of alcoholic beverages has been proposed as being protective against the development of age-related changes in cognitive function, predementia syndromes, and cognitive decline of degenerative (Alzheimer’s disease) or vascular origin (vascular dementia). However this relationship it is still far to be explained.  Common sense might explain just as much of the association between drinking and cognitive decline as can be explained. Seventy-year-olds who have a regular glass of beer, for example, might well be moderate drinkers precisely because they are still physically fit, eat reasonably well, don’t take serious medications that prevent them from drinking, and lead active social lives, all factors that, like moderate drinking, have been linked to staying mentally sharp. Researchers who study the effects of any one of these factors will, of course, try to separate it from the others. But when it comes right down to it, that’s not always easy.

Though the mainstays of the Mediterranean diet are represented by the so-called Mediterranean triad of bread, wine, and olive oil, beer has conquered the favour and taste of Mediterranean people. Now it is a part of the Mediterranean life style, the excellence among healthy lifestyles, more than a dietary pattern because enhances the conviviality aspect of eating, as it contributes to strengthening socialization, communication, and social support. People have to be informed to make the appropriate dietary choices