Programme of the 8th European Beer and Health Symposium released! 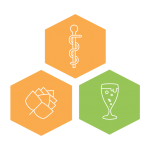 The Programme of the 8th European Beer and Health Symposium, which will be held on the 20th of April 2017, has been released! High-level scientists will gather to address and challenge the established effects of moderate beer consumption in light of recent evolutions in drinking guidelines across Western countries, the use of new concepts in alcohol research and the state-of-play of science on cardiovascular diseases. They will also review the relationship between moderate beer consumption and diabetes as well as ageing-related diseases. The speakers will finally look at two beer specific topics: beer and rehydration as well as bringing it all together to look at moderate beer consumption and all-cause mortality. The day will be concluded by a Panel Debate.

Discover the programme
Register for the Symposium