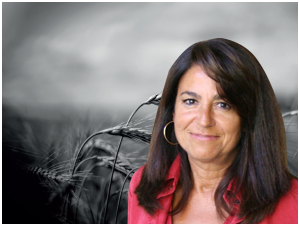 Prof. Marcos got her PhD at the School of Pharmacy at the Complutense University in Madrid, Spain (UCM) in 1982 and Master in Clinical Analysis by UCM in 1986 and she was the Head of the Institute of Nutrition and Food Technology at the Mixed Center CSIC-UCM (1998-2002). She is the leader of the Immunonutrition Research Group at the Department of Metabolism and Nutrition at CSIC since 1987.

Since 1999, she is a Member of the Board of Directors of the Spanish Centre of Information on Beer and Health and she has led several project on the moderate consumption of beer, defining this term and performing trials in humans.

Since then Prof. Marcos has been evaluating grants for students and projects related to different aspects of beer and health. She has been collaborating and performing several studies defining the moderate consumption of beer and its implication on the immune system and the weight management.

The interest of this area is the fact that this antique beverage is part of the lifestyle of many populations in Europe and although its moderate consumption may involve beneficial effects, the general population must have the knowledge about pros and cons.