Beer in moderation can fit in a balanced lifestyle 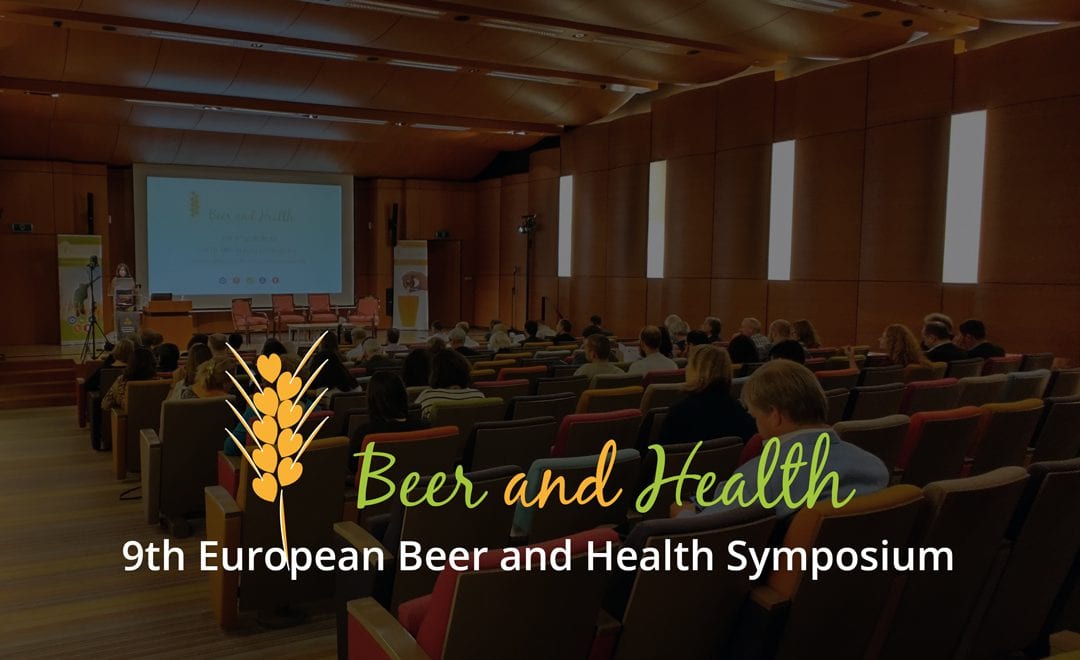 Brussels, 24 September 2019. At the 9th European Beer and Health Symposium, European and international researchers presented the latest scientific understanding of the link between moderate beer consumption and health, which has reinforced that moderate consumption of beer by healthy adults can be part of a balanced, healthy lifestyle.

Today, at the Royal Academy of Sciences in Brussels, more than one hundred scientists, researchers, brewers and media from across Europe and the rest of the world gathered to listen to, debate and discuss the latest research on moderate beer consumption and its potential impacts on health.

Peer-reviewed science shows that moderate consumption of beer plays a role in well-being by bringing people together, countering loneliness and delivering a positive contribution to wellbeing. Research from Poland highlighted the various nutrients that are found in alcoholic and non-alcoholic beer and more information on this topic is provided via this short movie. Non-alcoholic beer fortified with small amounts of sodium represents a suitable beverage alternative for athletes, as indicated by research from Austria. A study from the Netherlands shed light on differences between men and women regarding the gastric effects of carbonated drinks and confirmed that beer flavour is a principle driver for consumers, rather than the presence of alcohol.

Scientists from Italy and the Netherlands discussed the recently much debated topics of moderate alcohol consumption and its impact on health. Thorough review of science shows that the well-established J-shaped curve, whereby moderate drinkers have lower cardiovascular mortality risks than abstainers or those that consume alcohol excessively, is still valid. The risk from cancer is mainly increased by excessive alcohol consumption and is only connected with certain forms of the disease. When looking at all-cause mortality risk (which takes into account all causes of death, including cardiovascular and cancer mortality), a J-shaped curve also exists, indicating that moderate drinkers have a lower overall mortality risk than abstainers or heavy drinkers, even when confounders, other lifestyle factors and former drinking habits are taken into account.

In a third session focusing on moderate beer consumption and women, researchers from Spain and Switzerland presented the results of studies which show that osteoporosis risks are somewhat lower in women who consume beer moderately, as compared to abstainers. Also, moderate alcohol consumption might be associated with a later onset of menopause and subsequently a reduced risk of coronary heart disease. Of course, we have to keep in mind that these are observational studies.

A thorough and enlightened context-setting presentation by a researcher and health writer from the United States, shed light on the scientific facts surrounding moderate alcohol consumption and how it is sometimes misrepresented in the media. This topic was further discussed with three panelists. Pointing at the diversity of beer, where alcoholic strength may range from 0.0% to regular strength (5%), to specialty beers, the panelists also discussed the complexity of setting uniform drinking guidelines and stressed that the current state-of-the-art of science indicates that moderate beer consumption is compatible with a balanced lifestyle.

The winner of the poster session was Emilia Ruggiero from IRCCS Neuromed, Italy with her poster entitled “Moderate alcohol consumption is associated with reduced low-grade inflammation: results from the Moli-sani Study”.

More information on moderate beer consumption can be found on www.beerandhealth.eu.