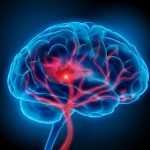 Moderate alcohol consumption – including beer – decreases the risk of ischemic stroke and has no adverse effect on other types of stroke. This is the conclusion of a recent meta-analysis published in the scientific journal BMC Medicine.

Read more about beer and stroke