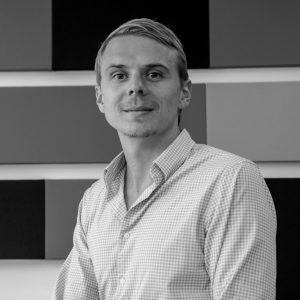 Dr. Thurnell-Read has over a decade of experience researching alcohol consumption and drinking culture and is internationally recognised as a leading scholar of sociological approaches to the study of alcohol, drinking and drunkenness. He is the editor of Drinking Dilemmas: Space, culture and identity (Routledge, 2015) and is a founding member of the British Sociological Association’s Alcohol Study Group. As well as exploring the complexities of changing drinking cultures and practices, in recent research Thomas has examined the rise of craft beer and gin through qualitative research with brewers and distillers. He has extensive experience of media engagement and public dissemination and his research has featured in The Observer; The Conversation; Vice.com; The Morning Advertiser; and on BBC Radio 4’sThinking Allowed.

This keynote presentation will examine beer drinking as a social and sociable phenomenon. It will begin by outlining some of the common themes in anthropological and sociological thinking in relation to alcohol consumption and its place in pre-modern, modern and post-modern societies. Beer drinking, particularly when it takes place in pubs, has a long cultural history replete with rules and rituals. More recently, consumption and intoxication have been understood as a site for the construction and performance of identity and belonging. However, the economic, social, and cultural contributions of pubs and other spaces where beer is drunk have been problematised. A central concern of recent alcohol policy, as well as town planning and urban spatial politics, has been the extent to which the pleasurable sociable elements of drinking cultures can be nurtured and harmful and disorderly mitigated or prevented.

The presentation will then focus on recent original research on the role of pubs in combatting social isolation and loneliness. Research indicates that pubs can provide people with important opportunities for the creation and maintenance of friendships and social connections. Such social networks are beneficial for health and mental wellbeing. Importantly, many pubs still offer intergenerational social spaces where younger and older patrons and staff will interact with each other in ways that are becoming increasingly rare elsewhere in society.

In concluding, the presentation will identify some of the pressing concerns facing the beer sector and pub trade and argue that sociological approaches make a valuable contribution to advancing debates.